What's on your mind?

REPORT: Keanu Reeves Approached to Join the Spider-Verse as Kraven the HunterCBR

I doubt this is true, because Sony aren't looking to cast anyone yet, but let's discuss this. According to The Direct, Charlize Theron and Amy Adams are rumoured to play Madame Web. It may not be real and I don't think it is as Sony are seemingly not going to cast anybody (I'll assume they're planning to cast once a film/TV Show finishes writing AND goes into production). But let's discuss! Would these be good castings? Let me know!

According to JK Simmons himself, he has finished filming for his next big appearance as JJJ in a spidey-related movie! We also know that this isn't The third MCU Spider-Man movie (Starring Benedict Cumberbatch and Jamie Foxx), because filming is set to begin in 3 days. This means that he is in Venom: Let There Be Carnage or Morbius. So, what movie is he going to be in? Let me know!

Venom: Let There Be CarnageMorbius (film)

We all think it is Spider-Woman, in fact, a film was rumored ages ago. But so many female characters are getting SPUMC solo movies, so what film do you think she's directing?

if you're going to come and say "That's MCU there's a difference" than I'd advise you to read first.

OK, so, if you didn't know, Electro is now confirmed to be in Spider-Man 3, and not only that, he will be played by the real Electro, Jamie Foxx! I am so excited.

Next, I'd like to propose the fact that in the SPUMC, this universe is for Marvel Characters that are Spider-man related. I'd like to see Electro become an SPUMC Character. He was a big star in 2014's The Amazing Spider-Man 2, and he was a reason I liked the film. Also, Electro would be a major part of The Sinister Six. He is very awesome and (perhaps) deserves a solo film. It's going to be cool to see him. What do you think about it? Let me know! 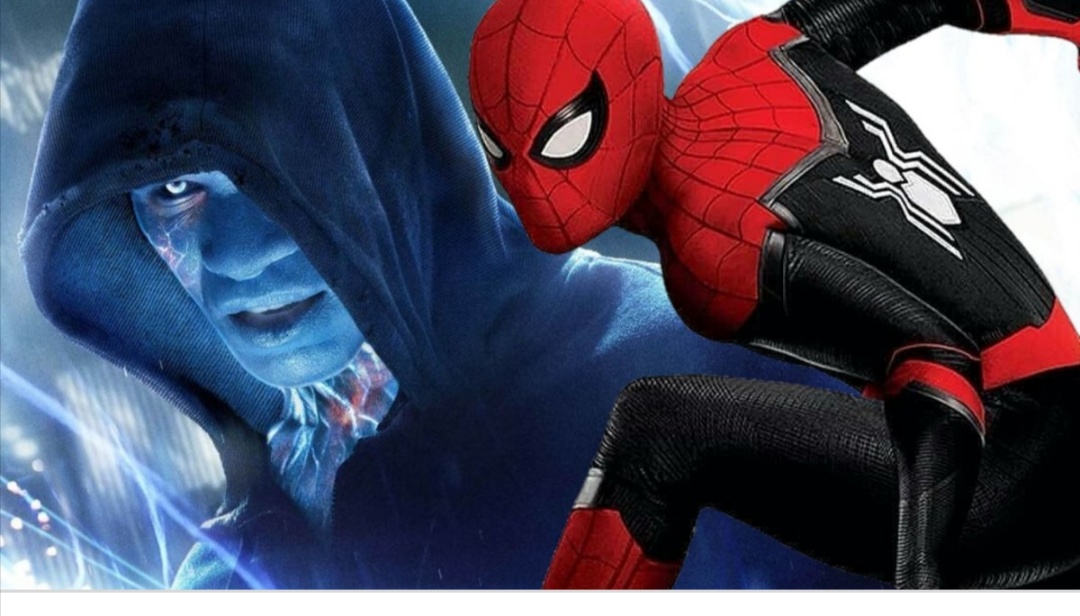 A lot of you may find it weird that I say Venom and Ant-Man are similar. But I'll explain.

Firstly, there's not many differences between the two main characters: Scott Lang and Eddie Brock. Both are having hard times. Both have lost their love, and cannot find a job.

Next there's Darren Cross and Carlton Drake. Both are performing illegal experiments to make humanity better (but obviously in a bad way) and both later gain these 'powers.' Eddie and Scott also later gain their 'powers' and both are pulled into action, trying to save the world.

What do you think? Let me know! 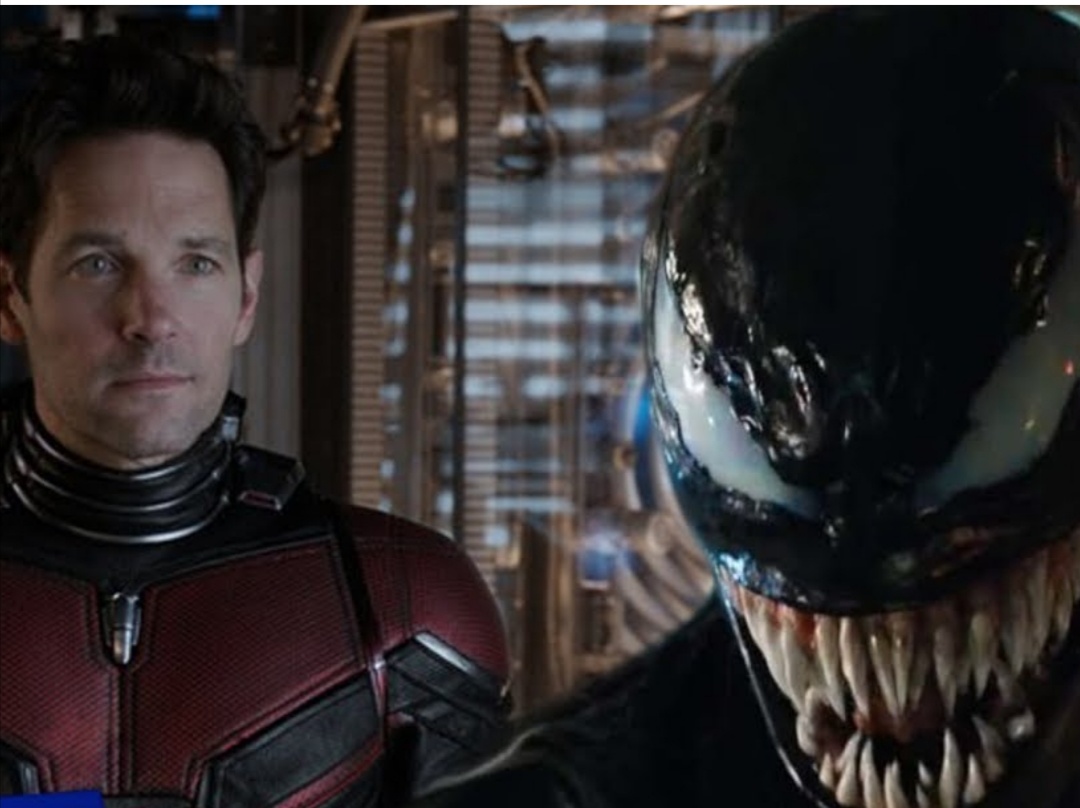 We're an SPUMC Wiki, yes, but a few days ago, we lost someone special. 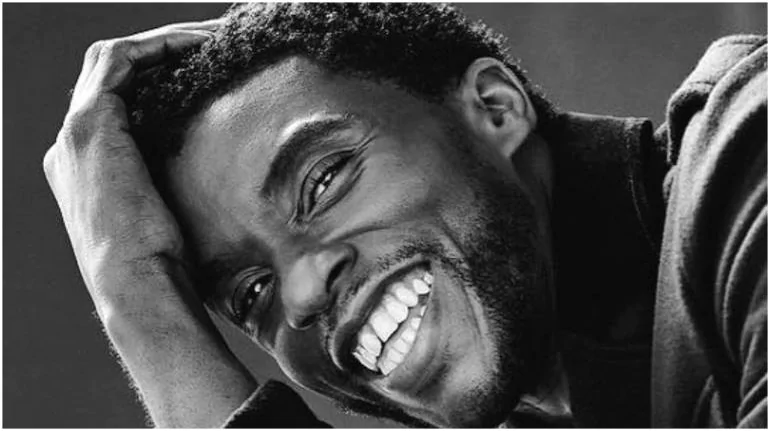 Chameleon - Spider-Man: Far From Home and Silver and Black (cancelled, but Chameleon Theatre is in Morbius)

J. Jonah Jameson - Spider-Man: Far From and is rumoured to appear in Morbius (But exists in SPUMC)

In a roundtable discussion with former director Gina Prince-Bythewood, GamesRadar+ asked about the future of Silver & Black at Sony. She was upfront in saying that "My honest answer is I don't know," and that "I really love those characters, I loved having them together." She then implied that the success of the Spider-Man movies complicated matters, saying that "I thought, what we came up with was a really good, really organic way to have the two together. That world is changing so much because of the success of the Spider-Man films."

It seems Sony began to second-guess themselves and their planned spin-offs, with Gina explaining that "There's a question of, 'Can you really have these films with Spider-Man not in them? Should he at least have some sort of part in them?' That's always the question. I've taken two years off of that for [The Old Guard] so once this gets out into the world, I hope it's a success, and then I'll certainly go back and start talking with them again." 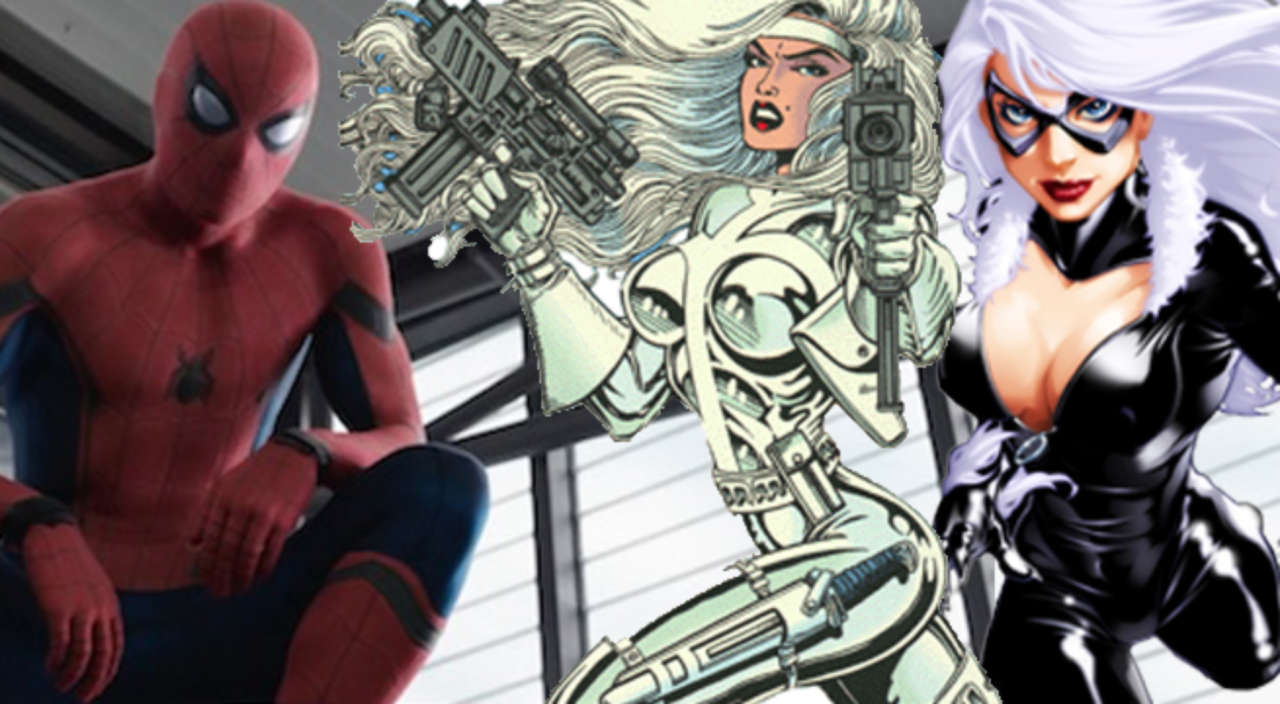 Does anyone have any theories on what direction the movies would take, like solo movies and crossover events? 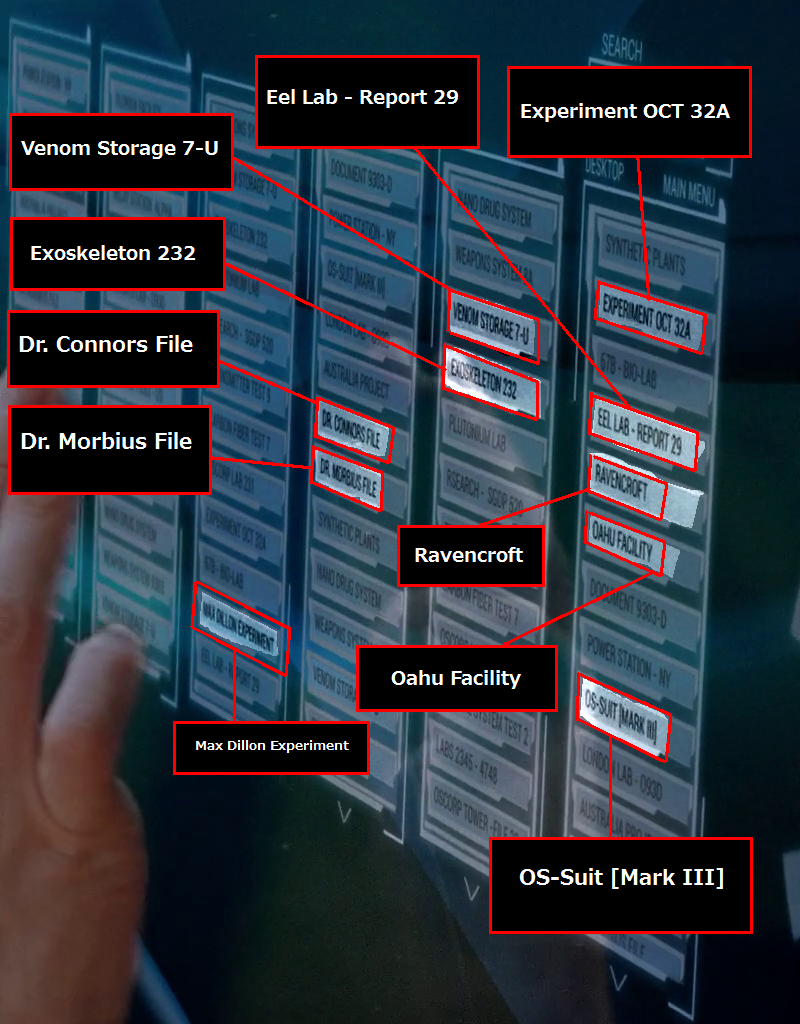 Screenshot from TASM 2 with Venom and Morbius

This is what I've heard about Venom 3.

Should we change this wiki's name to Sony's Universe of Marvel Characters wiki? Do you think it's a good idea? Please comment! 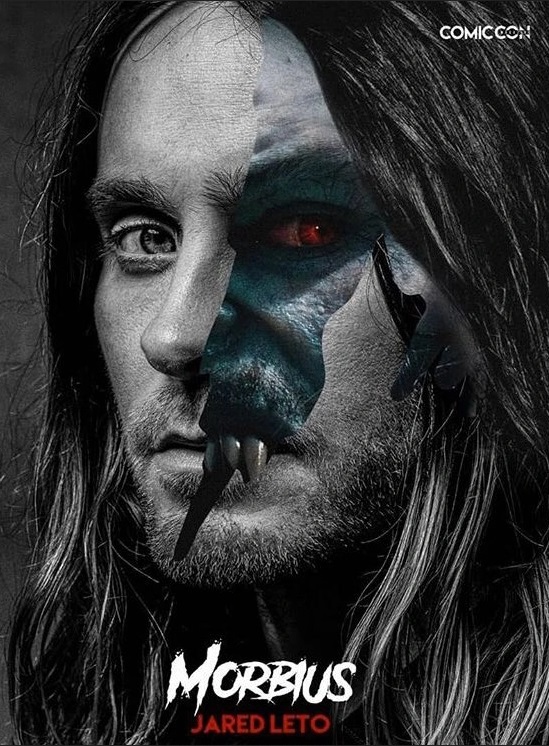 What do you think?

Who do you think are those three? Rhino? Electro? Green Goblin? Or Carnage?

It has recently reported that Shriek will be appearing in Venom 2. From what I've seen, there are a lot of people who are talking about the fact that she is a mutant and believe that the SUMC will keep her a mutant and therefore the SUMC will feature mutants before they appear in the MCU. This is my theory on what they will actually do with her character.

Marvel owns the rights to mutants, and I find it hard to believe Marvel would allow Sony to use mutants before they are used in the MCU. I think they will have Sony change her origin, much like how when Fox owned the rights to mutants the MCU couldn't have characters like Scarlet Witch, Quicksilver, or Typhoid Mary be mutants.

I think they will make the SUMC Shriek, if she really is in the movie, an amalgamation of Shriek and Scream. Shriek did have a symbiote that would eventually become Scorn. I think Sony will give her a version of the Scream symbiote and possibly just refer to her as Shriek instead and the symbiote will be the source of her powers.

Venom: Let There Be Carnage

Will they add the "Wild Pack" for "Sony Universe of Marvel Characters (franchise) and possibly Venom 2 (film)?

Are both "Sony's Universe of Marvel Characters" franchise and "The Amazing Spiderman" film series connected? 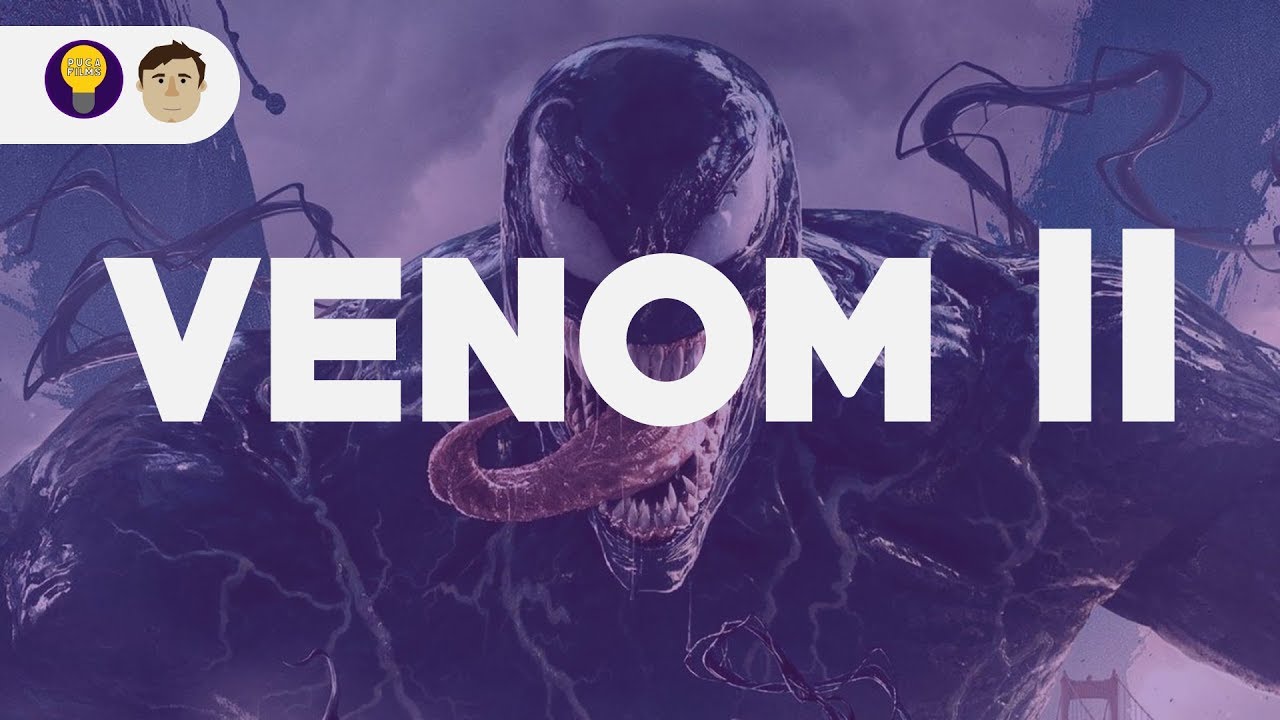